On the 6th November, the vernissage for our exhibition „Anrandungen“ took place in Gallery NEUE OSTEN. Together with our guests, we celebrated the opening of the exhibition. Holger Wendland explained the backgrounds of the project and told something about the photos, objects, videos and the radioplay. With some snacks, cold drinks and lots of cheerfulness, the vernissage was once again a great success.

The ridgelines of the eastern Ore Mountains are the border to the Czech Republic. Starting in the middle age, the region developed a characteristic cultural landscape, formed by agriculture and mining, which is still to bee seen today. On both sides of the border there are villages, towns and uninhabitedregions side by side. On the Saxon side, the population is marked by over aging and the process of rural depopulation. On the Czech side there is still the lasting effect of the population shifts caused by World War II.

Our project idea for “Anradungen” was created during the cooperation of Mirko Sennewald, Holger Wendland and Nicole Börner in March 2014 directly at the formerborder facilities in Cínovec.

It was motivated by the idea to set focus on humans and their individual stories across borders. Our Czech partners “Dokrajin” from Prague are very engaged in doing projects in the border region. They’re using modern opportunities like land art and videography to bring attention to deserted villages and regions. Petr Mikšíček from Prague, head, curator and artist oft the organization employed Ondřej Koudelka from Žirovnice and Aleš Loziak from Ústí nad Labem. Kultur Aktiv employes Matthias Jackisch from Tharandt and Michael Merkel from Dresden, additional to the contributions from Mirko Sennewald and Holger Wendland.

Photos of the vernissage by Sandro Hanke: 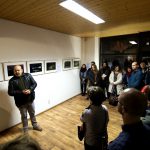 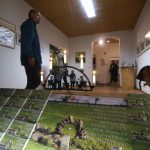 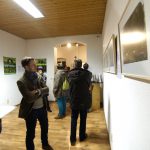 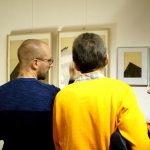 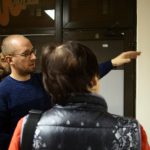 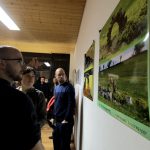 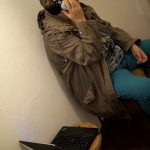 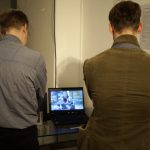 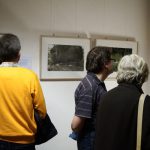 “Anrandungen” is a cooperation project with the czech voluntary association “DoKrajin”. The project is co-founded by the Cultural Foundation of the Free State of Saxony and the German-Czech Future fund.