The photo symposium started on the 27th of September with a contribution by Marcus Oertel about the ancient Czech noble house, the Berken of the Duba in Mikulášovice in the Bohemian Switzerland. The next day all of the participants (Emílie Mrazíková, Eva Pacalová, Holger Wendland /also the curator of the event/, Iva Houfková, Josef Málek, Peter Zimolong, Simon Wolf und Yuri Antsipkin) walked from the corporation Brtníky to the castle Brtnický hrádek that used to be property of the Berken back then. Then we hiked through the valley Kyjovské údolí along the small river Křinice back to Brtníky where a lot of half-timbered houses are. Those houses are ot only typical for the Erzgebirge, but also other regions. See: https://en.wikipedia.org/wiki/Upper_Lusatian_house

Shortly before we arrived at our destination we visited a restaurant in the corporation Kopec where we refreshed ourselves with some cold beers, relaxed a bit and took a photo together.

The next day all photographers went hiking alone or as a pair. Everyone had free time and could visit whatever they liked. In the evening we met in Restaurant Ron in Mikulášovice and talked about our adventures of the day. A few tavelled by foot, others approximated their destination by car or rode their bikes.

On our hikes through the nature of the Bhoemian Swiss, we got into a conversation with the inhabitants there. One time, we met a Czech forest managerin in Kyjovské údolí near a tourist bridge. He was very communicative and told us about the time 16 years ago, when the Bohemian Switzerland had not been a national park yet (just so you know: the national park of the Bohemian Switzerland was founded in 2000, while the one of the Saxon Switzerland was founded in 1990). In his opinion the tourists in the early years were more reckless than today. Nowadays there is not as much littering anymore. The forest manager also told us about the population of the black storks. There are only two couples of these storks. According to him the nature itself is resposnible for the number of storks as there would not be enough food for more than that. Altough there are trouts in the river Kirnitzsch, but these would not be enough, either. We also were told about the planting out of leaf trees to achieve mixed forests again. 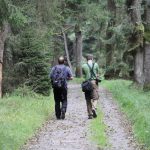 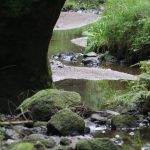 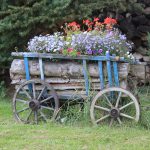 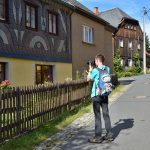 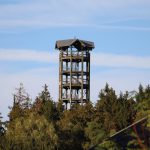 On the second to last day, we visited an observatory after the sun had set and were shown around there. The observatory in Mikulášovice is one of the oldest observatories in Czech Republic. It was founded by the pharmacist and amateur astronomer Adolf Kraus in 1913 in the top part of a pharmacy that is in the middle of town. Kraus was a member of a worldwide astronomy community and collaborated with the observatory in Berlin-Treptow, too. After Kraus died in 1939, the observatory was closed and deteriorated. At the end of the 60s, everything was bought and destroyed.

In 2012 the observatory was partly reconstructed. Since 2016, there is a new telescope called Merlin that has a length of 1200 mm and a diameter of 152 mm. The telescope is a donation by Mister Zahajský, the owner of the company SUPRA Praha. This company is specialised in different telescopes and microscopes. The observatory is planning to be completly reconstructed and building a new multicultural hall. Their official website is: http://hvezdarnamikulasovice.simplesite.com/ 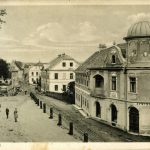 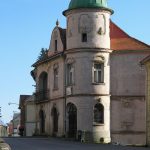 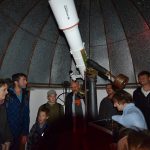 On the last day of the symposium, on the 1st of October, we went to the lookout tower Tanečnice to watch the sunrise and take photos of it. It was a wonderful ending of the photo symposium in Mikulášovice. 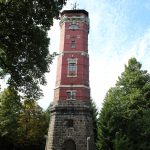 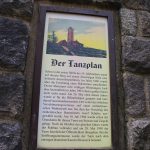 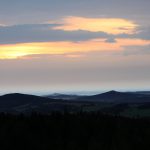 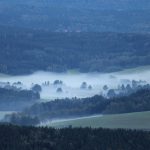 Many thanks to all the people involved! J We are very excited about your photos and stories that will be published in the catalogue pARTisanen!

The project “Region Ustí – a european region to experience” is supported with funds from the European Union.