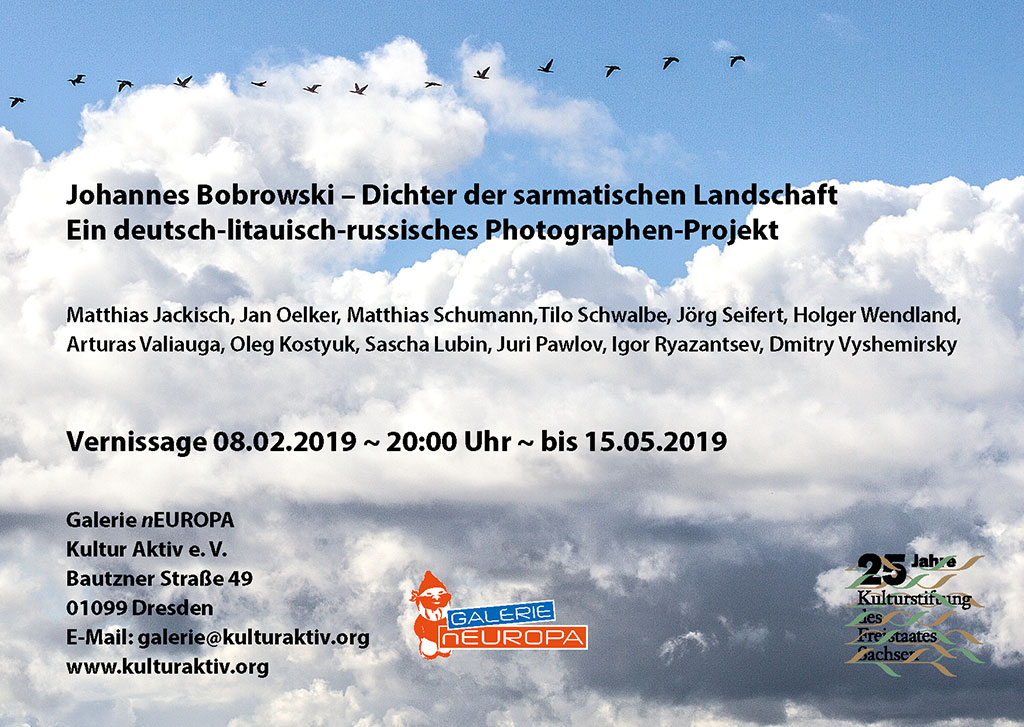 There are Bobrowski societies in the Federal Republic of Germany, in Lithuania, and in Russia. Streets are named after him, a Bobrowski medal is awarded. In Vilnius, Berlin, Tilsit and Kaliningrad there are commemorative plaques on houses. His name and work are equally respected and respected in Lithuania, Russia and the Federal Republic of Germany.

The Nobel Prize winner in literature Herta Müller in an interview: He creates linguistic images that I have never read anywhere else. This is a language that is wounded while reading. I would be very curious to know how long Bobrowski worked on such a text, because every word in it goes so deep. And how he could live each of these words, because they are lived in everything they can say. This “language that wounds” is taken up and visually and musically processed by artists from Russia, Lithuania and Germany in this photography-art project on Johannes Bobrowski. The works of the resulting photo text folder are presented in the exhibition. The folder contains 37 photographic works by a Lithuanian and five Russian photographers, as well as six Saxon artists, who were created in confrontation with Bobrowski’s texts. Each artist has created a photo series of three to four works with Bobrowski quotations, which are now summarized in this folder.