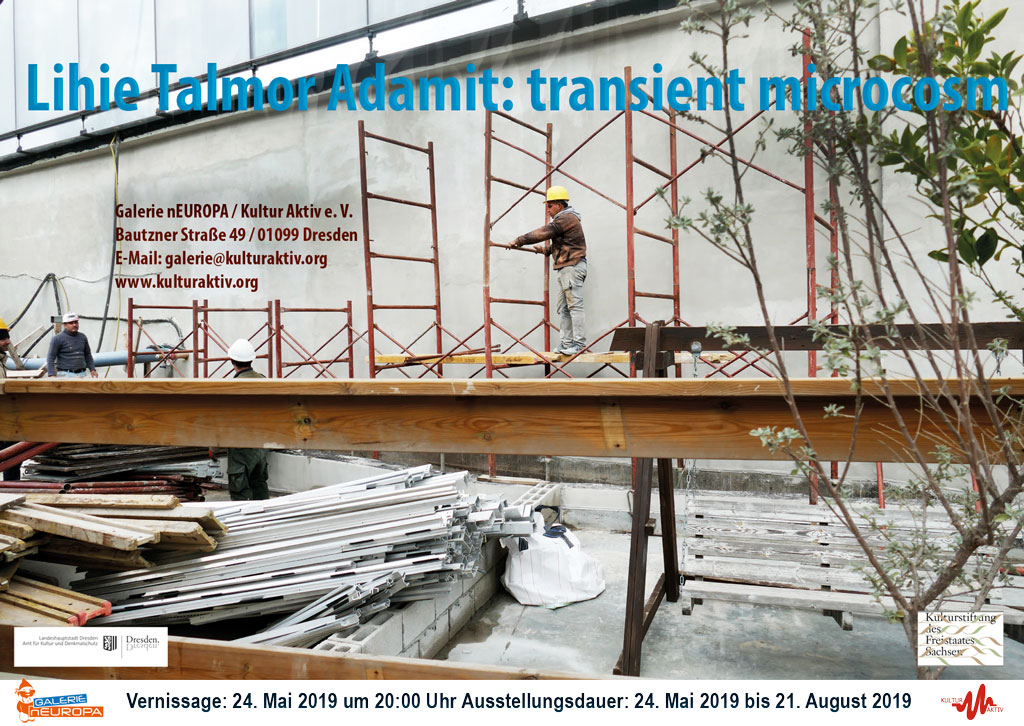 Lihie Talmor Adamit shows photographs taken during the construction process of the newly built Museum of Tolerance in the politically divided city of Jerusalem. As so often in Israel, workers of different ethnicities, nationalities and religions, such as Palestinians, Jews and Chinese, are also employed on this construction site. The Museum of Tolerance (MOT) is a training and education institute of the Simon Wiesenthal Center.

Lihie Talmor was born in 1944 in Tel Aviv, Israel. She graduated from the Technion, Haifa, Israel, with a B.Sc. in Architecture and Urban Planning in 1969 and completed her B.A. in Poetics and Comparative Literature at Tel Aviv University in 1971, where she taught until 1974. At the same time, she studied painting in the studio of the Israeli painter Pinchas Abramovitch. In 1980 she moved with her family to Venezuela, studied at the Center of Studies for the Graphic Arts (CEGRA) in Caracas and painted in Walter Margulis’ studio. Since 1984 she has been working on art projects, teaching and participating in workshops and residencies in Italy, Belgium, the United States, Israel, Colombia and Venezuela. Her work focuses on printmaking, sculpture and photography. She lives and works in Israel and Venezuela.

Lihie Talmor Adamit has worked in the past with nEUROPA Gallery and its curator Holger Wendland in international exhibition projects.

The exhibition is the first part of the VERTOVISm-WORLDWIDEWORKnoise project sponsored by the Kulturstiftung des Freistaates Sachsen, the city of Dresden and in cooperation with Morphonic Lab 2019.