Kultur Aktiv keeps engaging in the cultural exchange between Germans and Russians. The association from Dresden sent artists to “Deutsche Tage” (“German Days”) to Uljanowsk from 19th to 25th of August. Especially in politically difficult times we think it is very important that people from Russia and Germany stay in touch! Here are some photos: 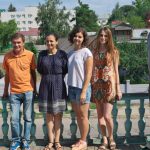 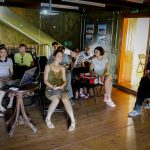 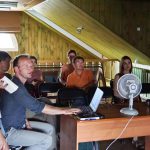 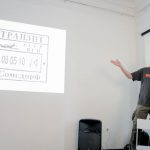 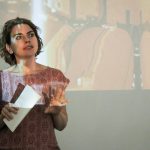 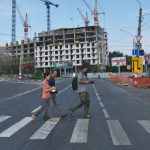 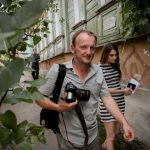 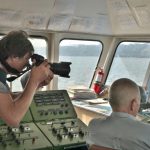 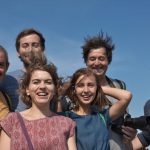 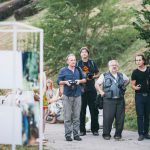 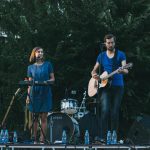 During the “Deutsche Tage” in Uljanoswk Matthias Schumann presented a great photo spread called “Shooting Eastwards” consisting of photos by mostly German photographers taken in Russia and Eastern Europe. The pictures are from the stock of the gallery NEUE OSTEN which is connected with Kultur Aktiv and managed by Schumann. It is obvious that “Shooting” means nothing but peacefully photographing in this context.

Furthermore artist Jan Oelker read from his book “Transit” that is about gripping, real travelling stories of GDR citizens in the 1980’s who travelled to the Soviet Union with a transit-visa in order to explore the country offbeat and individualistically.

The young singer/songwriter duo Liza & Kay arrived from Hamburg, a twin town of Dresden. For the first time in Russia they instantly sang an important message in Russian: Nje nado wsjo prawilno djelat‘/ You don’t have to do everything correctly! – and won the hearts of the Uljanowskians with their poetic texts and catchy melodies.

The connections for the upcoming activities were already made last year, when Mirko Sennewald was on tour with the band “Projekt Д” in Russia as part of our champagne “BMECTE – Gemeinsam”. Especially since the relation and travel opportunities between both countries are rather tense lately, there are many open-minded people on both sides who are interested in joint activities. We as Kultur Aktiv will definitely stick around!

The journey is possible thanks to the support of the Federal Foreign Office and the amazing work of our Russian colleagues of “UNESCO City of Literature” in Uljanowsk.