On May 29 2015 the culture ship Cargo Gallery reached the pier between Carola bridge and Albert bridge in spite of the low water level of the Elbe. It had started on Friday at 8:30 in Bad Schandau, where it had excited the guests until late in the evening with contemporary dance, excerpts of an opera, and a cheerful performance by the Jindrich-Staidel-Combo. On board were the crew of the initiators of the project Miloš Burkhardt, Květoslav Vršovský, Kurt Winkels, Dan Adam, Zuzana Fuksová and Mirka Adámková as well as the members of the German partner organisation Kultur Aktiv e.V.

Having landed in Dresden the Cargo Gallery presented itself to the local guests with an exciting programme under the name “Lustschiff, Ahoj!”. The invited guests could explore the ship on Friday afternoon and in the evening and enjoy an evening programme with music, dance, and comedy accompanied by a buffet. Later in the evening the ship was then opened to the public for the Opening Party with the DJs of tanzdieler, which was very well received and even sold out with over 300 guests.

On Saturday, May 30 the ship was opened for a guided tour including the gallery with photographs and paintings by Czech and German artists. Additionally, poetry slammer Jaromir Konecny performed a reading. Afterwards, a public panel discussion took place on the ship with three of the candidates for the upcoming mayor elections facing the questions of the audience about the diverse problem areas in the “globally open-minded city of the creative” (which is the city’s marketing motto for this year’s theme campaign). In the evening, the Netzwerk Kultur Dresden and Wir Gestalten Dresden (WGD, the inter-trade organisation of the local creative industry) invited to their annual reception on the “swimming cultural centre”, where representatives of several cultural institutions of Dresden could have a conversation with each other and discuss possible future co-operations. The artistic framework consisted of music by the band Downbeatclub and by the Jindrich-Staidel-Combo and a dance performance by the JuWie Dance Company and then again in the evening all party sailors were welcomed aboard for the second great Opening Party, this time with the band radiophon and the DJs Doran Toudesco and Loiko Zobar.

On May 31 2015, at 6 in the morning eventually time was up: after five thrilling days in Bad Schandau and Dresden the Cargo Gallery left the German part of the Elbe and set out for its home port in Northern Bohemian Děčín. All people who were involved in the hard work of the realisation of this project are now left with the warm feeling of having been part of something great: across Europe only very few cross-border culture projects exist, that are organised from both sides of national territory. The Cargo Gallery is one of these projects from now on and will continue to play an important role in the activities of Kultur Aktiv.

Overall almost 1000 guests visited the ship during the three days of the activities in Dresden and Bad Schandau. Many interested politicians and economists informed themselves about the possibilities the Cargo Gallery offers in expanding the cultural offerings in the Elbe-Labe region. These conversations will be continued shall lead to sustainable future projects. 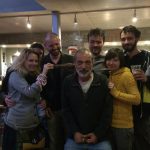 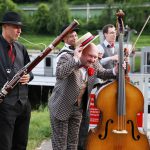 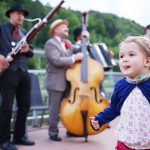 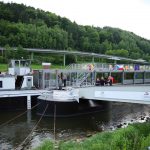 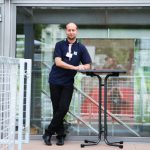 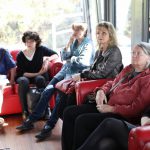 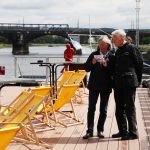 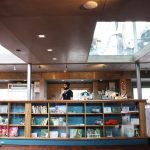 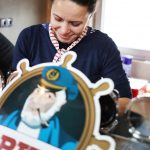 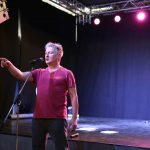 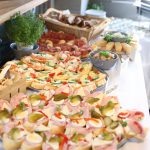 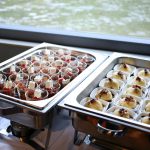 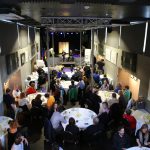 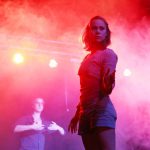 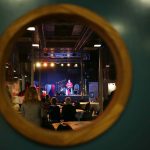 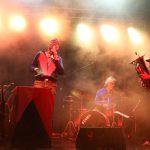 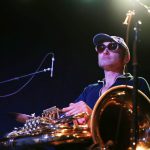 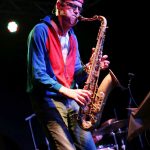 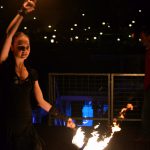 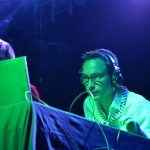 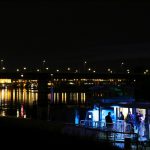 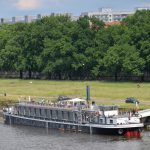 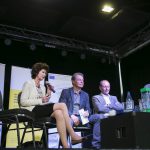 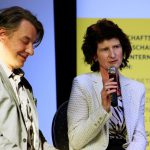 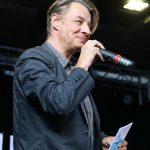 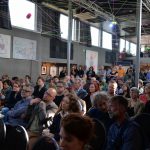 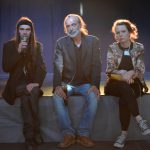 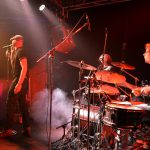 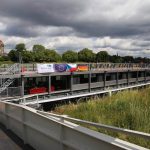 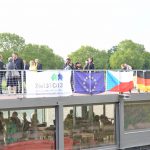 The Cargo Gallery is a project of the Czech organisation Niké, o.s. in co-operation with Kultur Aktiv e.V. from Dresden and is aimed at strengthening the cultural exchange along the River Elbe in the Czech-German border region. The ship can be used as a gallery room, for concerts, readings, meetings and receptions, and film shows thus offering the possibilities to organise a versatile cultural programme.

The project started about four years ago as an idea of Czech artists: a former coal cargo ship should be refurbished to then use the Elbe to overcome the borders in the minds of the people. The German partner Kultur Aktiv e.V. is engaged in the peaceful cultural exchange in Eastern Europe for many years. In the future the Cargo Gallery is planned to land on the German side several times per year. The declared goal is the expansion of the cultural offerings in the Elbe-Labe region and in Prague (Vltava).

Shopping Basket
We use cookies to ensure that we give you the best experience on our website. If you continue to use this site we will assume that you are happy with it.OkMehr erfahren