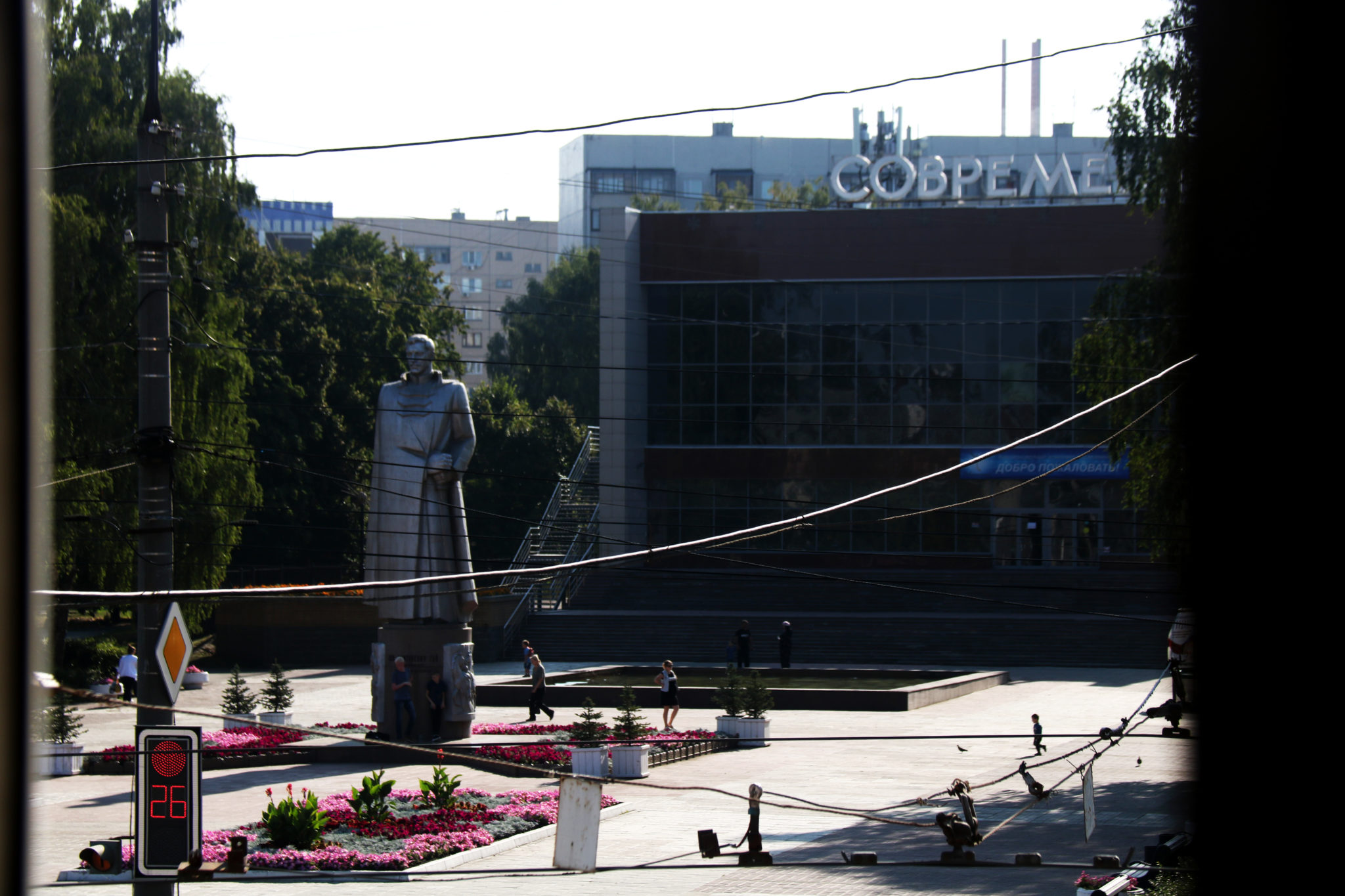 Cities are built over time and protected by their heroes. The famous Armenian Commander Hayk Bzhshkyants, known as Iron Guy, was and ideal example of a heroic-defender. He was a close colleague of Lenin and he saved Simbirsk, now Ulyanovsk, from falling into the hands of the White Guards.

Hayk Bzhishkyants was born in Tabriz, Iran on February 18, 1887 into a family of teachers. In the early 20th century his family moved to the Caucasus region in Russia, where he studied as a young man at the Armenian Theological Seminary. In 1903 he joined the revolutionary movement and he was twice imprisoned for his political activities.

His alias ​​‘Guy’ comes from the Russian pronunciation of the word ‘Armenian’. You could say he was a remarkable man of almost insane courage. In the fighting for the city of Van, Hayk’s unit was given the task of flanking and attacking the enemy from behind. The Turkish defenses consisted of three rows of trenches strewn with with barbwire entanglements. Bzhishkyantsz, who was the commanding sergeant, came up with a daring plan. The unit was comprised mostly of Armenians, who understood the Turkish language, and therefore Hayk decided to have his soldiers pose as the enemy. His unit succeeded in penetrating the Turkish ranks from behind without much difficulty. At the pre-arranged time at dawn, hand-grenades flew into the enemy trenches – and the troops assaulted just behind them. The mission was a complete success. Hayk Bzhishkyants was bestowed The Order of St. George IV.

During the events of October 1917, Bzhshkyants was in Samarkand. As a member of the Armenian Social Democratic Party, he joined the red guards and helped organize a division. At the start of 1918, Guy took part in organizing the successful escape from General Dutov’s Orenburg Cossacks and was commander of an operation in Samara. At the end of May, after recovering from a serious wound, Guy commanded the Sengilev Units of the Red Army, who carried out an operation against the White Czechs, the result of which led to the formation of the ‘Samara Government’.

After the White Czechs conquered Simbirsk and encircled the nearby divisions, Guy took the initiative and reorganized the units into the consolidated Sengilev Stavropol Division under his command. On July 26th, the division fought its way out of the encirclement inflicting heavy casualties. Their destination was the central station, 50 kilometers away from Simbirsk, where they successfully linked up with the 1st army having only sustained minimal losses.

The commander of the eastern front described Guy’s actions while commanding the Sengilev Group in the region: “Thanks to our comrades personal influence, Guy’s group was the only division that remained disciplined and demonstrated a fighting ability.”

On the next day, the Revolutionary Military Council of the Army signed an order to create the first consolidated Simbirsk Infantry Division to be formed through the conversion of some regiments of the first army. This was to become the birthday of the Iron Division, and G. D. Guy was promoted to Captain. The division initially consisted of two regiments, but as the fighting progressed, seven further regiments arrived from different cities to join them.

The Simbirsk division went on to liberate dozens of Volga and Ural cities. For their rigid strength, iron stamina, courage of the commanders and courage of the personnel who proved themselves in the most vicious fighting around the “Okhotnichiya” station, the division received the honorary title of “Iron” from army command on August 9, 1918. On September 28th, for the liberation of Simbirsk, they were the first Red Army Division to receive the Red Banner of Honour from the All Russian Executive Committee, which later became the Red Banner.

Guy Dmitrievich became widely known after the liberation of Simbirsk. He sent V.I. Lenin the famous telegram: “Dear Vladimir Iljitsch! The capture of your hometown is the best treatment for your wounds, and the second is Samara.”

The Iron Division then marched on Samara, took part in its liberation, for which the division was awarded the title ‘Samara’. By a subsequent order of the Revolutionary Military Council, it became known as Samara Simbirsk Iron Division.

In June 1922, after graduating with high marks from the Higher Military Academy, he became commander of the 11th cavalry division, and by September 29th, he was appointed as the People’s Commissioner for Military Affairs of Armenia.

Directly after his arrival in Erivan, the newly appointed people’s commissioner immediately went to the press and talked about ‘Sovetskaya Armenia’, and he immediately issued the republican army orders and incorporated them into the general structure of the armed forces of the Soviet Union. Guy placed a huge amount of importance on the training of new commanders and he created the first leadership courses in Yerevan, which was the predecessor to a formal three-year command academy.

Unfortunately, the fate of Guy Dmitrievich Guy, like so many people in those years, was tragic: He was declared an enemy of the people and arrested. The life of the hero ended on 11 December 1937, at the age of 50.

There is a Guy Avenue in Ulyanovsk, where the magnificent Guy monument stands. It is located in the Zheleznodorozhny district of Ulyanovsk on Guy Avenue, near the Sovremennik building. The monument to the Civil War Commander was created by the award-winning Armenian artist S. Nazaryan.  Consisting of a six-meter tall bronze figure on a cylindrical base, decorated with reliefs, it is a gift from Armenia to the city of Ulyanovsk. The statue of Guy was also created by Surne Nazaryan. The bronze statue of Guy in Nor Nork is the world’s largest and tallest equestrian statue with horse resting on two legs.

For the people of the Nor Nork district, the bronze rider is a landmark and meeting place. Everyone here knows it. The Armenian monument to Guy weighs 30 tonnes, and together with the platform it is 12.5 meters tall. Suren Nazaryan’s sculpture concept was the winner of a competition and he was allowed to build the monument. Kyiv based Master Casting worked together with the Armenian sculptor. Today the park next to the monument, is named after Suren Nazaryan. 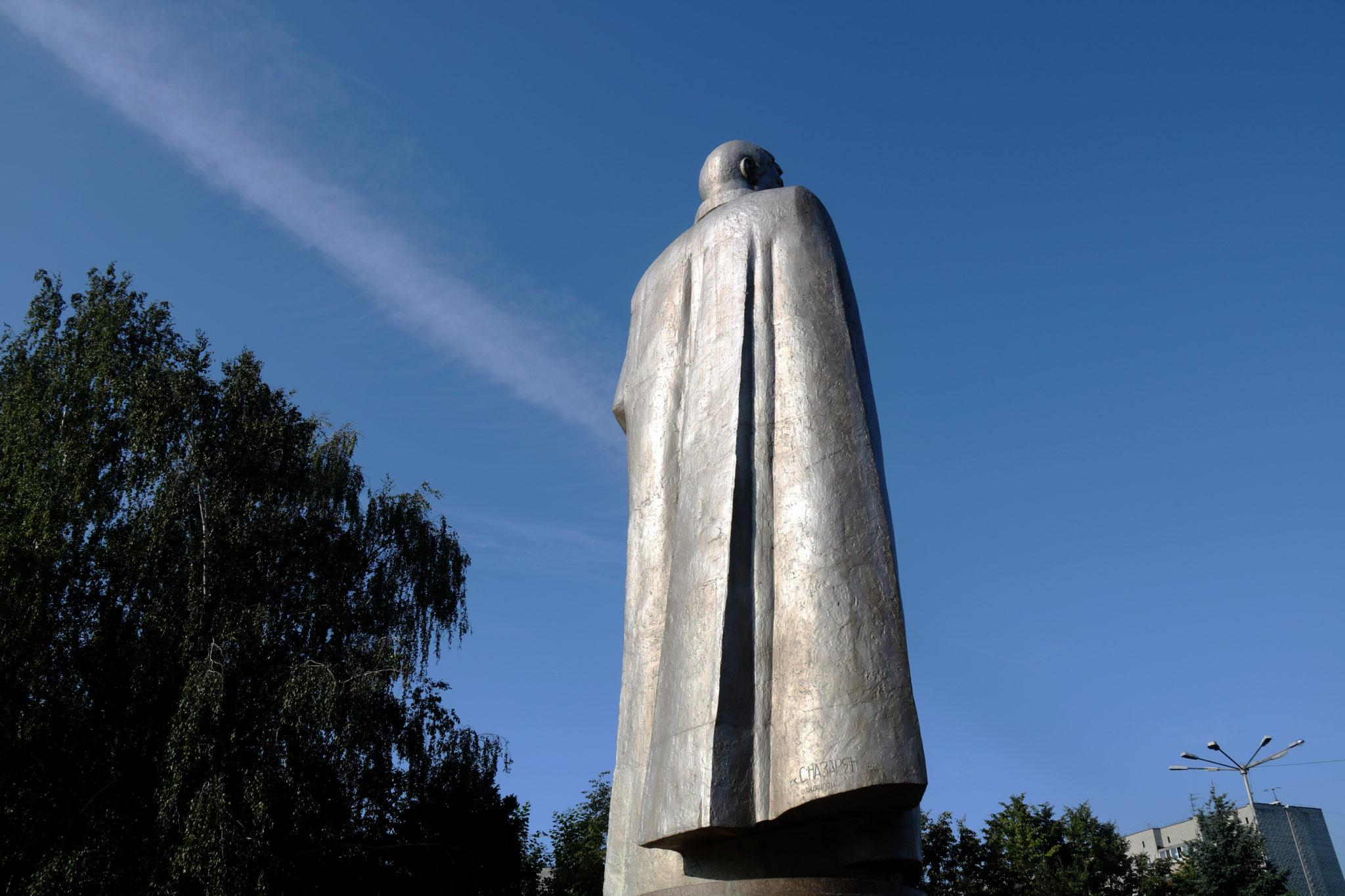