A group of international volunteers met in Dresden to make friends, share experience, explore Dresden neighbourhoods and search for lies in the Lügenmuseum!

Volunteering is fun! It was proved by 14 active youngsters who weren’t lazy to wake up on early Sunday morning to make new friends, have fun and share experiences. The event happened on 19th of October – almost the last sunny day of this warm autumn season. During the network meeting the group of international volunteers from Dresden explored awesome Radebeul, had a picnic with an incredible view over the rooftops of Dresden, visited museum of lies – Lügenmuseum, and played some games in Alaunpark.

Everything started from the Goldener Reiter. At 9 o’clock almost all the volunteers arrived at the meeting point with smiles on their faces and a lot of energy in their bodies. Everyone was excited to meet new people and about the day program, which organisers Afra Höck (Zugvögel e.V.-interkulturelles Süd-Nord-Austausch), Elisabeth Loos (AWO Landesverband Sachsen e.V.) and Simon Wolf (Kultur Aktiv e.V.) described briefly through e-mail. “What is Radebeul? What lies can we see in Lügenmuseum?” – the volunteers asked each other and were ready for adventures!

After a short trip by tram the volunteers arrived in Radebeul. They walked up through the forest, enjoyed the smell of fresh autumn air and started to get to know each other. One of the basic ideas of meeting was friendship and sharing of experience so everyone was interested in each other. After the walk through the forest the activists walked through the town, made photos, bought some fresh vegetables and jam just on the street. “It is incredible! I’ve never seen such type of selling food! Products and boxes for money are just on the street so you do everything by your own”, – commented Wendy, project manager from Italy (Kultur Aktiv e.V.).

During lunch on the hill with the view over Dresden the participants of the meeting had an amazing chance to talk, share stories, experience and food, play some games and enjoy the sun. As the first part of the day was done, it was the time to explore the Lügenmuseum!

The museum surprised the volunteers from the first second: the guide suggested to drink “magic tea” which tasted really interesting. Afterwards everyone was lost in tons of exhibits. The biggest surprise in museum was a wardrobe with Elvis Presley inside and a huge dark space on the second floor. From the outside the Lügenmuseum looks very tiny and no one expected such surprises inside of it. Like in a fairy tale!

After the museum the strongest volunteers who still had some energy after this emotional day decided to continue. They came to Alaunpark, had some food together and played the Ukrainian game “Hot potato” with a small kohlrabi as a ball. Volunteering is fun and it is much more awesome when you are with the people with the same ideas and goals.

Iwa Pawlak, EVS volunteer, Kultur Aktiv e.V.: “The meeting added a pinch of colourful, beautiful autumn on one of the last sunny days this year; a pinch of lazy Sunday and a patch of green grass where you could lie down and admire the magnificent view at the vineyard. Add a bit of smiles and laughter, a pinch of interest and a lot of different languages, experiences, and backgrounds. At the end shake it with a pinch of steampunk, darkness and art illumination, and thousands of suspicious sounds and glittery lights of a very unusual museum”.

Some photos by Anna Perepechai: 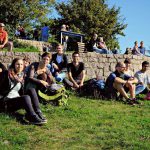 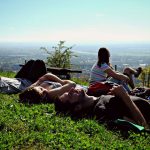 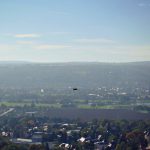 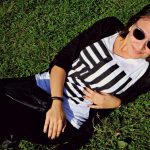 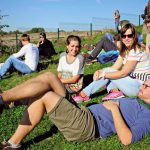 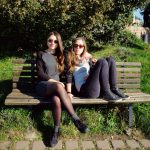 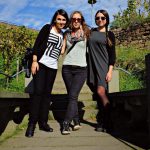 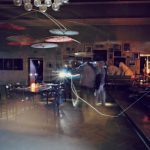 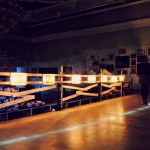 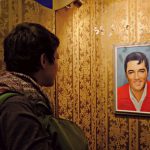 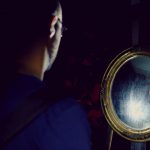 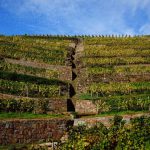